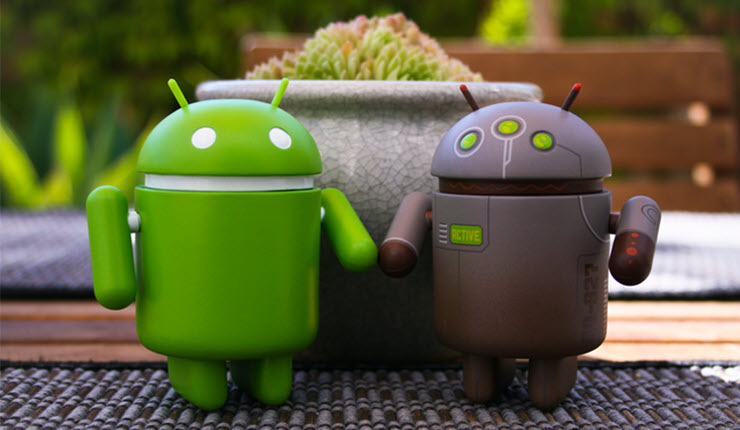 Android is certainly the most powerful Operating System we ever witnessed in the history of handheld devices. Since its anticipation, Android came a long way, and its ongoing evolution and all the journey until 2020 is remarkable. If we see its inaugural period, Android has got visual changes, and certainly transformed conceptually, functionally, and practically. In the beginning, Google Android OS may seem buggy or scrappy, but it has got the best ever over time. Google continued to make Android better version over version, even they shut down various projects to focus on Android.

After the journey of almost a decade, now, it’s the time of the arrival of Android Version 11, the latest version of the Android Operating System. Google’s Android will turn 12 when the Global rollout of Android 11 would begin. If we consider all smartphone operating systems, Android is certainly one of the most popular out there. Undoubtedly, iOS is the closest competitor of Android, in terms of features, and overall user base. As of March 2020, 72.26% of the users are using Android OS, whereas 27.03% using iOS, and rest users are using various other operating systems including Windows, KaiOS, Samsung and others.

Even when Google is responsible for making Android what it is today, and they were behind all of the revolutions it had brought to the industry. But, Google didn’t actually develop Android. Android was a dying startup, which was looking for some investments. Android was making operating systems for digital cameras, and smartphones, which attracted the attention of the search engine giant, Google. In July 2005, Google acquired Android for $50 million, which they touted as the best acquisition for them at that time. Google then spent three years developing an operating system for smartphones. The very first public version of the Android Launched in 2008, when the HTC Dream aka T-Mobile G1 was launched, which ran Android 1.0 out of the box. It was directly in completion to the Apple iPhone OS 2.

It’s worth mentioning here that Android has beaten Microsoft Windows Phone (later named as Windows Mobile), Nokia Symbian, and the likes of BlackBerry, among others. Nokia, at this time, Nokia and Blackberry license their respective brand names/ trademarks to other companies to use their brand names to launch Android smartphones. HMD Global is the global licensee of Nokia smartphones, which runs on Android. Before dwelling into the details, it should be worth noting here that Google Names every Android version in the alphabetical order. Apart from the Android 1.0 and 1.1, every other Android version up to Android 9 had been named either sweet treats or desserts. Let’s take a look back at how Google’s Android OS has evolved over the years. Here’s we are listing the Android Version list along with their launch date and names.

How to Root Bluboo Dual Smartphone and Install TWRP Recovery

How to Root Oukitel K6000 Pro and Install TWRP Recovery

How to Root LG Magna LG-H5021 and Install TWRP Recovery

Here is an Android Version list with their names, and some key highlights of the OS in the update that might take you by surprise

In September 2019, it was announced that the Android version would no longer be using dessert or sweet as part of its naming convention.

How to Root Blackview BV9800 and Install TWRP Recovery 3.3.1

How to Root Blackview BV9900 and Install TWRP Recovery 3.3.1

How to Root Realme 6 Pro RMX2061 and Install TWRP Recovery…

Jun 27, 2020
Prev Next
Archives
Subscribe to our newsletter
Sign up here to get the latest news, updates and special offers delivered directly to your inbox.
You can unsubscribe at any time
justo eleifend id, commodo ipsum ut Praesent sed Nullam libero.