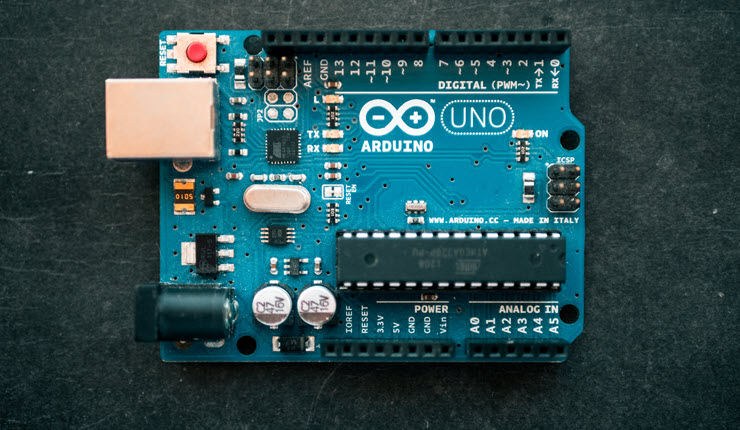 Projects that involve electronics don’t always have to be expensive and complicated — and Android users can start with Arduino.  Arduino is an open-source  prototyping platform that is based on easy-to-use hardware and software. The hardware is inexpensive compared to others. Plus, the software can run on Windows, MacOS, and Linux — unlike most microcontroller systems that operate only on Windows.​

Arduino has an array of applications — from robot/motor control and sensor networks, to low-cost scientific instruments and even interactive prototypes for designers and architects.  Arduino schematics are simple enough that they’re recommended as a great platform for getting started with building functional prototypes of electronics. But they’re also flexible enough for advanced users. This has led to people creating some truly amazing projects with Arduino across various industries and sectors. And here are a few examples:

This is a project that unlocks a door using a knock that is recorded beforehand on the Keypad shield on an Android device. The components include an Arduino UNO, Android device, and 1Sheeld to operate. This is a secure lock since the key is the Android device, and only those who know the knock will be able to unlock the door. But assuming someone else knows the knock, it’s impossible to enter without being heard.

Any device that works with a remote control, such as your TV and stereo, can now be controlled from your own Android device! The only other tools that are needed for this project aside from your gadget are an Arduino UNO, 1Sheeld, generic IR receiver, and generic LED. While you and the device will have to be within range of the receiver, it’s still very convenient.

How to Root XOLO A600 and Install PhilZ Recovery

This automated photo booth doesn’t only take your photos, it also posts them on Twitter as well. You’ll also need an Arduino UNO, 1Sheeld, PVC pipes and PVC elbow angles, a relay board, ultrasonic sensor, AC lamp, and cable ties. It might seem complicated, but it’s actually easy to implement and is relatively cost-effective.

With this gamepad, you can play video games on your laptop using your Android phone. You’ll also need a 1Sheeld and an Arduino Leonardo. Aside from the usual controls, you will use the gravity sensor on the 1Sheeld, so you can go left or right depending on how you tilt your phone.

You can make a marble maze game that’s controlled by your Android device using Bluetooth. To make this project, you’ll need an Arduino Nano R3, a HC-Bluetooth Module, an SG90 Micro-servo motor, the Arduino IDE, and a generic soldering iron. The electronic part of it will of course need to be made in a specific way. However, you can customize and keep changing the complexity of the maze you create on top of it.

If you would like to give Arduino projects a try, there are many tutorials available online as well as complete guides on how to get started. The codes that are provided by Arduino users are in the public domain, so you can simply use them or even tweak them for other projects. You can also share your own ideas and connect to other members of the community. Check our blog for more Android tips and tricks.

Are Gaming Chairs Comfortable? Why Should You Invest In One?

What is Wi-Fi and how does it work?

The Most Popular Games to Install on Your Phone